Add your voice to the thousands around the world calling for an end to outdated and discriminatory leprosy laws. 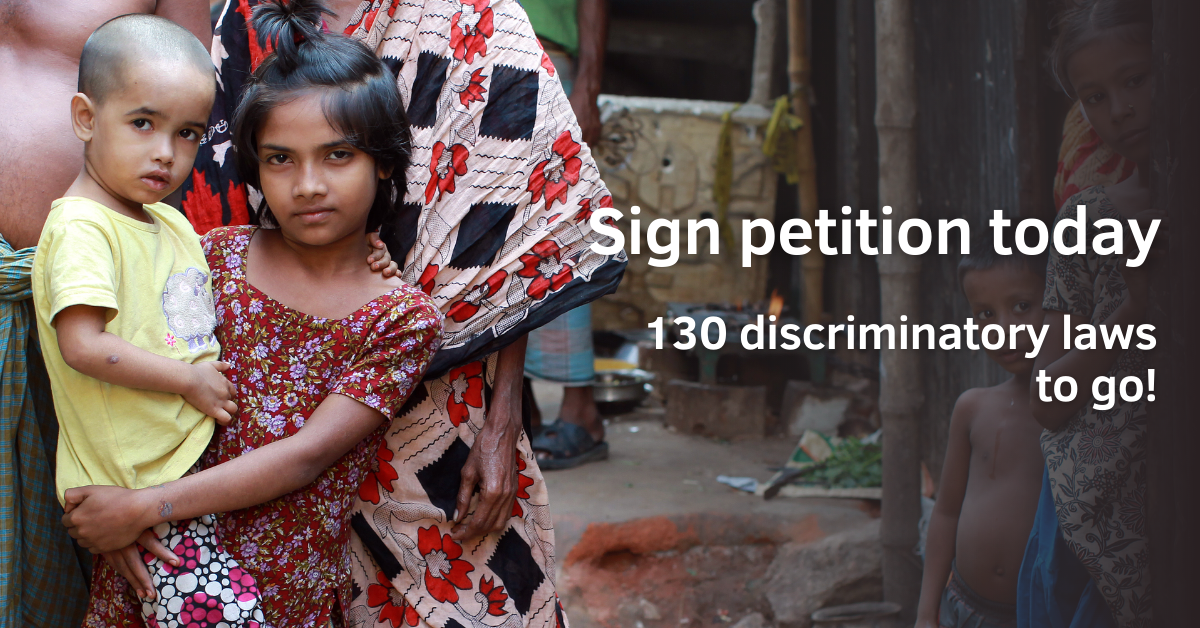 In the 21st year of the 21st century, outdated laws deny people affected by leprosy basic human rights. These must be repealed.

Leprosy is a mildly infectious disease that has been curable since the 1980s. Within 72 hours of the simple pills of MDT antibiotics, the person is no longer infectious. Yet 130 laws in 29 countries allow a person to face discrimination because of a leprosy diagnosis.

Unjust and outdated laws that allow you to be permanently expelled from school, fired from your job, separated from your children, removed from your home, segregated from society, and detained in an asylum.

When you sign this petition you help eliminate the discrimination invoked by these laws; laws that create shame and fear and lead people to delay seeking help for symptoms of leprosy. Untreated leprosy causes disability and permanent damage to nerves and limbs.

The petition will be presented to the Human Rights Council of the United Nations in October 2021. This will coincide with a presentation to the UN's General Assembly on the topic of discrimination against persons affected by leprosy by the UN's Special Rapporteur on leprosy, Ms. Alice Cruz.'

'There are 130 legislations and 29 countries that discriminate against people on the grounds of leprosy. We call on the UN to use their human rights mechanisms to ensure that all Member States live up to the commitments they have made to international human rights conventions.'

Sign Petition Today to add your voice to the thousands around the world calling for an end to outdated and discriminatory leprosy laws.