The Leprosy Mission is part of the Global Partnership for Zero Leprosy, joining with organisations like the World Health Organisation (WHO), working towards ending leprosy transmission by 2035. 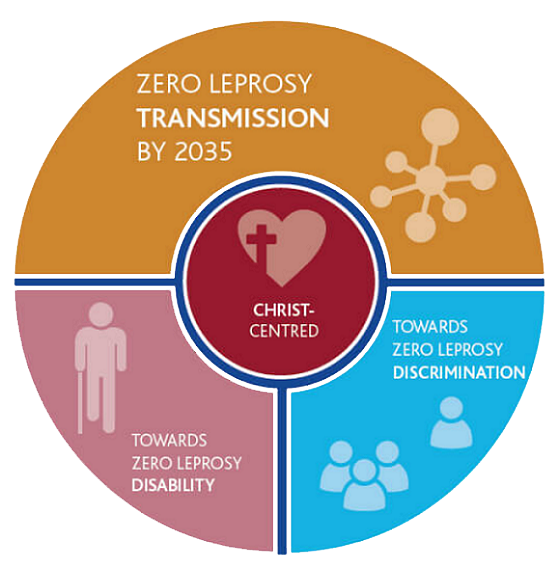 The introduction of effective multi-drug therapy (MDT) 30 years ago has made leprosy easily treatable. The reported prevalence of leprosy has been reduced by more than 95% - 16 million people have been cured of leprosy since 1981.

However, the number of newly diagnosed leprosy patients has remained above 200,000 per year for the last decade, including thousands of children. It is estimated that more than one million will be newly diagnosed over the next five years.

Through new research and improved diagnostic testing, we are working together to achieve zero leprosy transmission by 2035.

By 2035, we want to see zero transmission of leprosy. Every two minutes someone is diagnosed with leprosy and millions more go undiagnosed every year. Leprosy is not simply an affliction from olden times; it is a 21st-century disease, devastating the lives of people across the globe.

Jesus said in John 10:10, "The thief comes only to steal and kill and destroy; I have come that they may have life and have it to the full." Leprosy is like the thief, it steals, kills, destroys. It steals health, dignity, belonging, and hope. Two thousand years after Jesus Christ walked this earth, leprosy continues to ravage the bodies and lives of men, women, and children. We have heard the call of Jesus, to be His instrument in bringing transformation, love, and hope, and we will not stop until leprosy is defeated.

In committing to the realisation of the UN Sustainable Development Goals, the nations of the world recognise that the dignity of the individuals is fundamental and that the Goals should be met for all nations and people and for all segments of society. This is summed up in the phrase "no one left behind." Furthermore, they endeavour to reach first those who are furthest behind. Those affected by leprosy often find themselves the most marginalised and vulnerable of all. So our mission is as urgent and relevant as ever before: no one affected by leprosy should be left behind and denied the opportunity to live a full life. We stand with the people the world would rather forget.