Education for a Girl

“I like to study,” she says with a shy smile. “I like to play cannon ball, there are many girls I can play with and I like to see my best friend Chinta.” 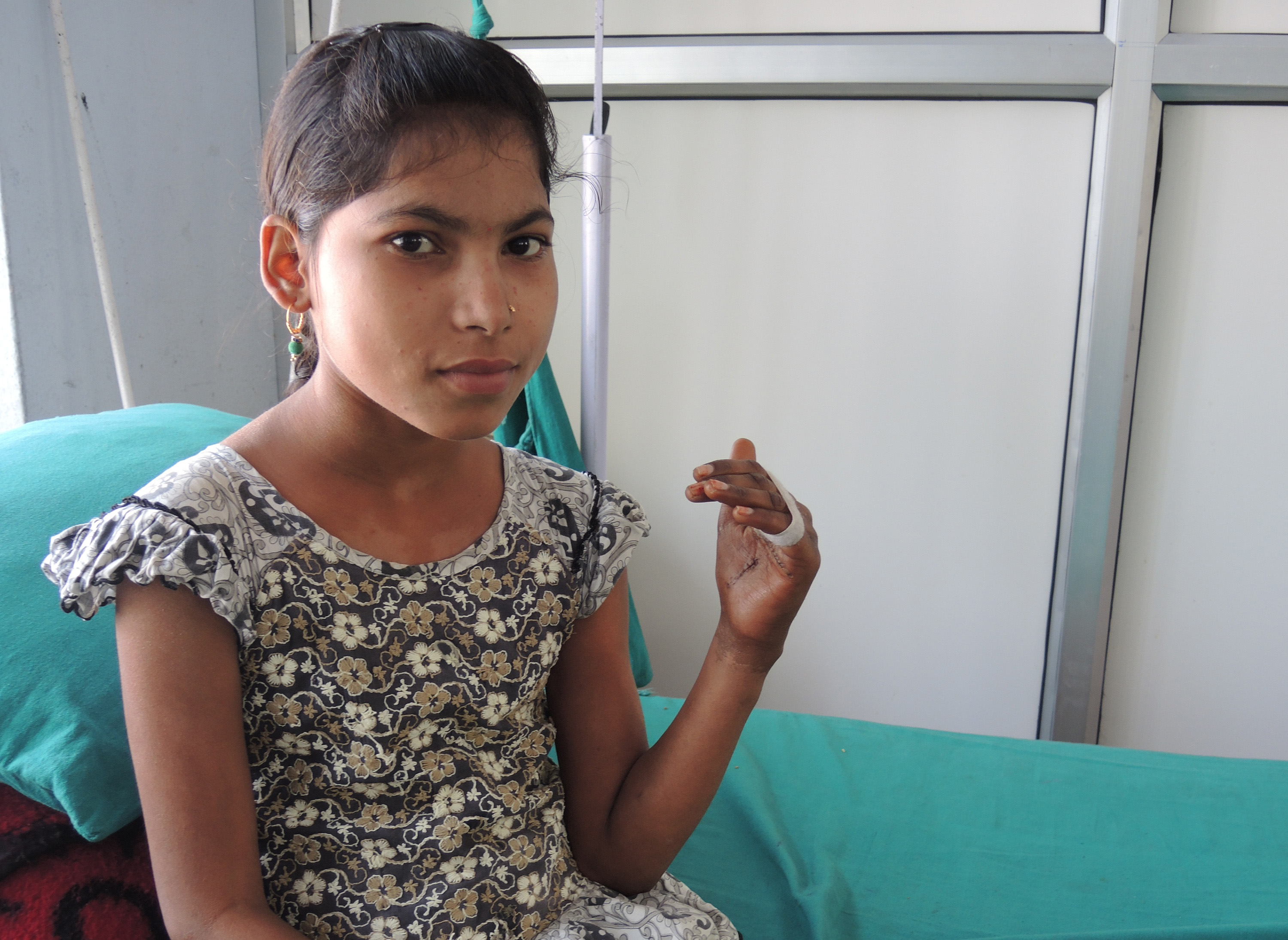 Our supporters gave gifts of great joy that transformed so many people affected by leprosy.

We really hope you enjoy reading this story about Rani's life that has transformed for the better!

Rani is 13 years old and is from an impoverished family in Northern India. In summer 2011, there was a local festival called Holi, the festival of colour and all the children and families were celebrating. They were throwing coloured powder at each other and soon after, Rani started to develop red patches. Her mother thought she was having a skin reaction and told her to stay away from the colour. The next morning she woke up with many raised red and white patches and a fever. She was given homeopathy medicine by a local clinic.

This didn’t help the patches so they went to the local hospital. For many months they went back and forth. Nothing they gave her helped, and then she began to develop ulcers on her feet and her left hand started to claw. She had to drop out of school and became very depressed.

Finally in 2015, a relative told them about the Leprosy Mission Hospital in Muzaffarpur, but her father had enough of the expense by this point and declared, “Let her die.”

Her mother would not accept this and argued, “This is my daughter, and if she is to die she will die in the hospital.”

Rani and her mother then travelled six hours in a rickshaw to get her to the hospital where she was diagnosed and given multi-drug therapy, the cure for leprosy. She has also had hand surgery twice and been taught vital physiotherapy. 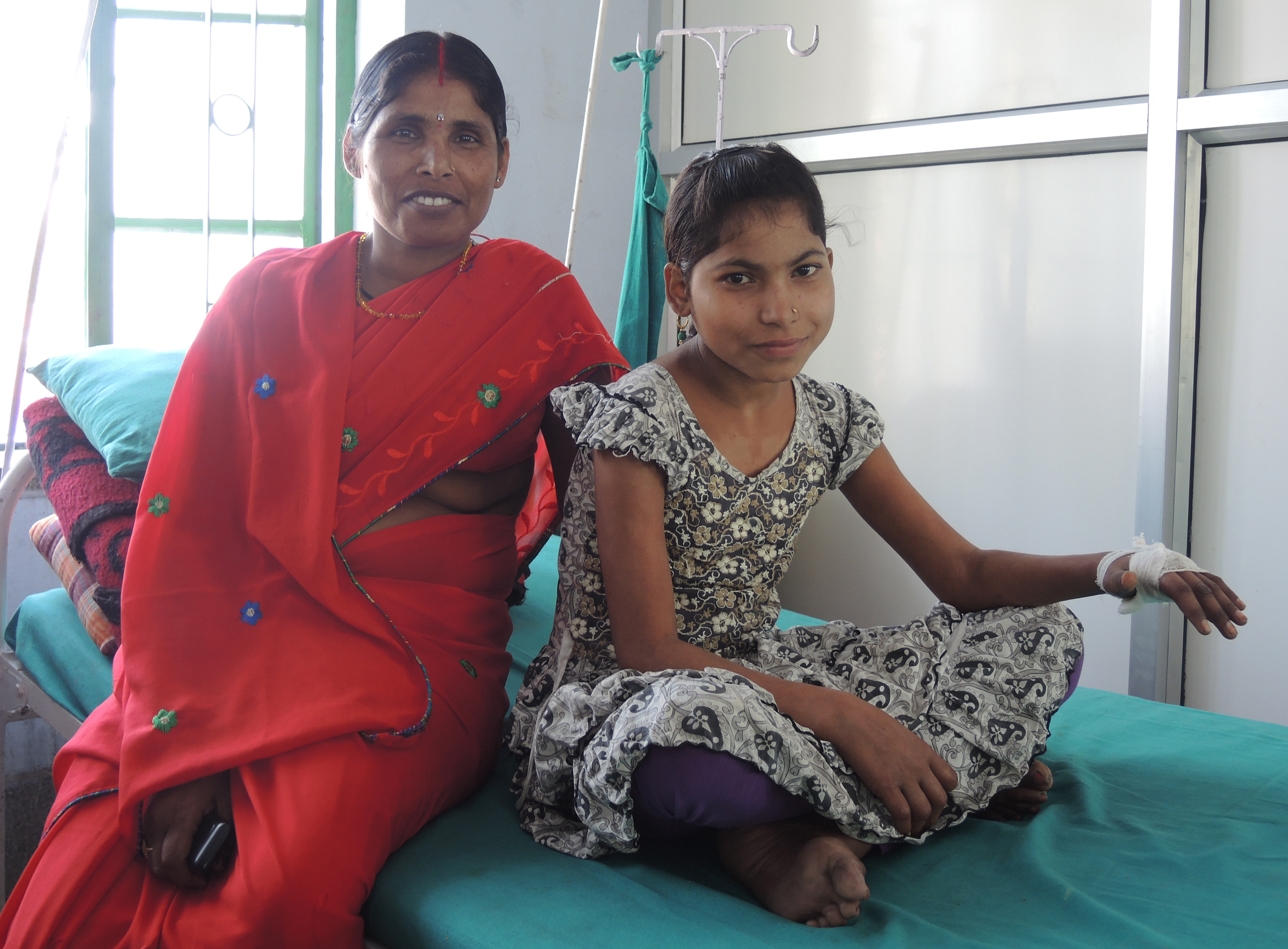 Thanks to our amazing supporters, she was given the gift of Education for a Girl through the ‘Catch Them Young’ programme. 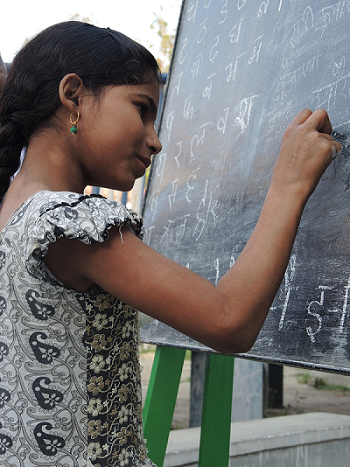 This programme provides everything Rani needs for school including tuition fees, uniform, books and pens. Her attendance at the school is monitored, and over 85% of children in the programme achieved a Distinction grade last year.

“I like to study,” she says with a shy smile.“I like to play cannon ball, there are many girls I can play with and I like to see my best friend Chinta.”

For girls in this community, education really does mean everything and with your continued support we can reach even more people. If you would like to receive a Really Good Gifts Catalogue please give us a call on 0800 862 873 or visit www.reallygoodgifts.org.nz