Six years after leprosy was declared officially eliminated in India, officials and doctors are warning that the devastating disease is spreading in the poverty-stricken pockets of the country. But with your help, we can help families in India and other countries around the world that are still struggling due to leprosy.

Papua New Guinea declared the elimination of leprosy ten years ago, similarly, Timor Leste announced earlier this year that their country is now free of leprosy.

What does this really mean?

When we delved deeper into these countries announcing 'elimination of leprosy' and now India, this is what we found...

India officially eliminated leprosy six years ago, but that seems to be a bit misleading as it doesn't really mean that the country has eradicated the disease. One-third of the districts are in the danger zone. India is home to 70 per cent of the world's leprosy cases, which means the country cannot afford to ignore the situation.  The Leprosy Mission began working in India in 1874 and more than 50% of our resources are currently channelled there.

Six years ago, India officially eliminated leprosy, but that is a technical speak for less than one case per 10,000 people.

But now, with that number rising to 13 cases per 10,000, in more than 200 districts, the World Health Organisation (WHO) has warned that the disease is starting to spread again. 10 per cent of all leprosy patients are children below 15 years of age, which signifies a very high transmission rate.

Leprosy is no longer contagious and can be treated successfully with multi-drug therapies (MDT) but the stigma is very strong.  Being marked for life by patches and the possibility of developing lifelong disabilities like claw-hand or drop-foot is overwhelming but it's the social rejection that can be the most devastating, which can leave many jobless.

Sadly, this is not uncommon for leprosy-affected people, read Geeta and Manajer's story here and see how they were treated when Geeta was diagnosed with leprosy in her hometown in India. The stigma surrounding the disease is one of the reasons people hesitate to come forward and report if they have symptoms which therefore affects the number of cases of leprosy - deeming some statistics unreliable.

The numerical target achieved in 2005 was a great success for India, but it is just a mid-term goal. We have not won the battle yet, we want to eradicate leprosy from the face of the earth in our lifetime, you can help by donating online today.

We have a cure, all we need is your help! 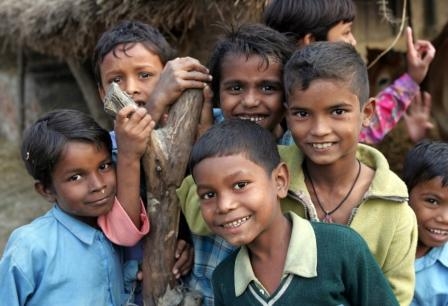