Rupa, her family and their community need all the support they can get. They live in one of the most remote, impoverished areas of the Chittagong Hill Tracts in Bangladesh.

Life there is hard for everyone. But life for someone known to have leprosy is virtually impossible.

55-year-old Rupa has leprosy. Every day, she tries to hide the patches on her skin from her children and grandchildren. And every week, she makes the long, difficult journey to the Leprosy Mission clinic, desperately hoping no one recognises her.

We've changed her name and hidden her face, just in case.

Leprosy is curable, and Rupa's treatment is going well. But the stigma is so great that she lives in fear of being rejected by her family at a moment's notice. And in turn, if word was to get out, her family would be rejected by their community, perhaps even for generations to come.

The Leprosy Mission has made huge progress in overcoming the myths and stigma surrounding leprosy in the Chittagong Hill Tracts. But our project teams have yet to reach many of the most remote hilltop villages, like Rupa's. Until now.

If together we can raise $315,000, the New Zealand government will give an additional $1.6 million to our project over the next four years.

For every $10 you give, the Leprosy Mission will receive $60 to eradicate the causes and life-long consequences of leprosy for Rupa and the people of the Chittagong Hill Tracts. But only if our $315,000 target is reached.

It's an incredible opportunity that must not be missed. Please donate now and magnify the power of your support for families affected by leprosy. 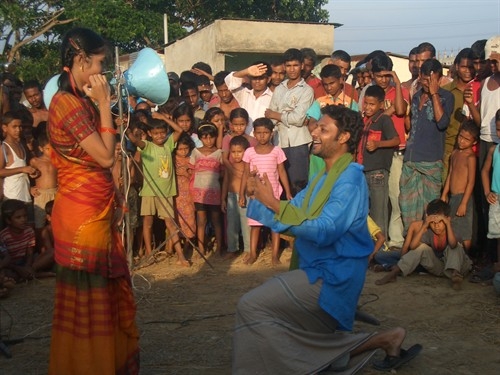