TVNZ’s TV programme ‘Neighbourhood’ recently interviewed Baibing Yu, a young Ethnic Community Volunteer for the Leprosy Mission, about the work that he does.

For Howick–based Baibing Yu, charity does really start at home. Since his arrival in New Zealand in 2008 to reunite with his family, Baibing has become involved in supporting the Leprosy Mission’s work in China by devoting his time to raise money and awareness for the cause. His goal is to engage with the Chinese ethnic community in New Zealand, encouraging them to contribute to leprosy care in their homeland. 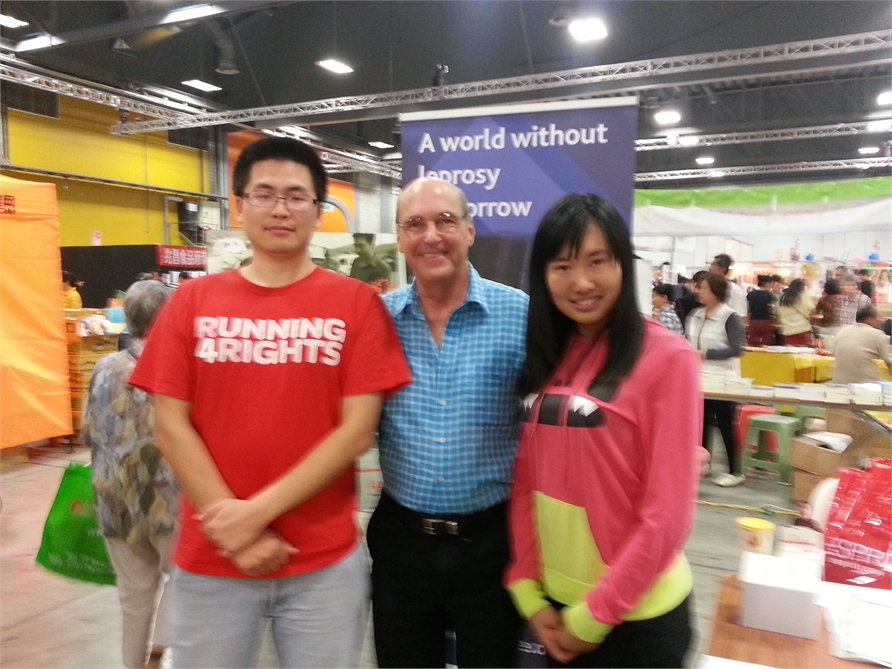 “I distribute the moneyboxes to Chinese restaurants and Chinese shops in Auckland,” he says. “We get funding from their small change, however, it’s this small change that can change the big world. ”
Baibing thinks it is important for a Chinese to help other Chinese regardless of politics or ideology. “Even with different ideologies or languages, we can still be kind to one other. It’s simple.”

Michael Sheppard, the Ethnic Communities Ambassador says the Leprosy Mission has about 20 Chinese volunteers including Baibing.

“They volunteer throughout the year by having stood at multi-cultural events and at Chinese New Year events to raise awareness for our charity,” he says. “They’ve also designed posters for us in Chinese and we have 21 shops in the Balmoral area and four in Howick that have the Chinese moneyboxes. “I don’t know of a charity in the world, that is engaging Chinese students to do this sort of work – helping people in their homeland by supporting a charity in their new country. That helps with integration so that everyone becomes good neighbours and good friends and they become part of the Kiwi way of life.”