Giving people in Ethiopia the Bread of Life

"I am the bread of life. Whoever comes to me will never go hungry, and whoever believes in me will never be thirsty." John 6:35 NIV

A New Zealand funded Grain Mill has changed the life of an entire community. People in a leprosy-affected community who were once marginalised from society, now have hope for a brighter future.

The Leprosy Mission New Zealand works in partnership with a local grassroots leprosy organisation called ENAPAL in Ethiopia, based in the capital Addis Ababa. Brent Morgan, Executive Director, along with one of our supporters, Dr Bill Wright from Hamilton, travelled to Addis Ababa in October last year to visit the grain mill project  Bread of Life.

We asked Bill to share his experience with fellow donors, and here’s what he had to say.

“I had the privilege in October of accompanying Brent for a few days when he visited a Leprosy Mission New Zealand project in Addis Ababa and was hugely impressed with the practicality of what has been accomplished thus far. From a distance in New Zealand, it is very difficult to grasp the reality of a project's impact on a local community, and when the opportunity came up of adding three days in Addis to my scheduled medical conference in Berlin, I was delighted to do so. 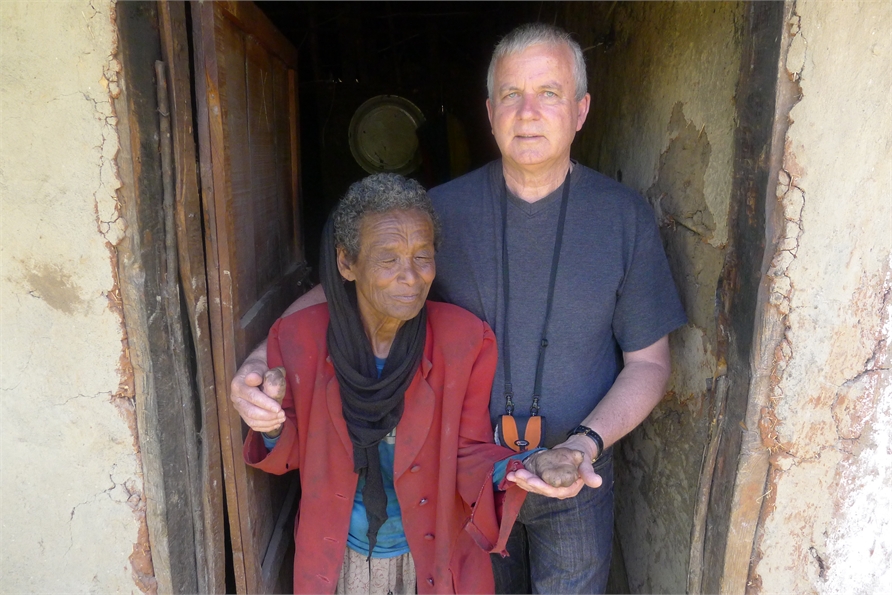 We visited firstly the established project of ENAPAL in Addis Ababa itself, and I was frankly surprised to see first-hand that it was a good deal more than grain mills. In a small and modest site surrounded by crowded alleyways and dwellings, and with numerous locals begging for survival, this group, with some assistance from New Zealand do seem to have a series of activities now providing work and a living for 45 people, enough income to give a modest "pension" to 30 older leprosy sufferers who would otherwise be begging, and provide for some 100 children to have schooling.

The activities ranged from selling animal feed sent off to customers on donkeys, a small business grinding seeds to make cooking oil, a busy cafe for locals, kitchen cooking for the local cafe and also baking the injera staple, and of course the grain mills both for flour for the injera and retailing the flour. At the craft centre, we watched women with both leprosy and some with HIV spinning raw cotton and sewing and weaving. The warmth of the locals and their welcome to us was emotional for Brent and me, with many embraces.

During our visit, we went to the site of the next project two hours out of Addis Ababa, with plans initially for grain mills, and hopefully expansion to a range of small businesses. All pretty much a drop in a very large bucket, but for the folk involved a very real lift from bare survival to a more hopeful future. We saw what a difference the modest assistance the previous provision of some simple latrines and running water toa small community had made.

All in all, I loved the few days there, and am grateful to Brent for allowing me to "tag-along" with him, and learn a small amount of the work of LMNZ in Ethiopia, and the potential for significant impact on the lives of these marginalised folk.”

© 2011 Brent Morgan: Dr Bill Wright holding the hands of a local woman in Addis Ababa. Bill was overwhelmed to see the effects of untreated leprosy.