The Leprosy Mission New Zealand is very excited to announce the five successful candidates for its 2011 Youth Advocate Scholarships.

The group will travel to Nepal in February to see the Leprosy Mission's work in action (including a visit to Anandaban Hospital pictured here), and learn about the medical, social and psychological impacts of the disease. Upon their return, the participants will become active Youth Advocates in their own communities.

"It was an incredibly difficult decision," says Gillian Whitley, Donor Development Manager at the Leprosy Mission New Zealand. "We had 15 very strong candidates who were all extremely motivated and committed to the Leprosy Mission's work."

The five recipients of the scholarship are:

Stacey has enjoyed a gap year in Auckland working at Windsor Park Baptist Church and will be returning to Palmerston North next year to undertake a business studies degree at Massey University. Stacey took a novel approach to meeting her fundraising challenge and sold her clothes on Trade Me, leaving her with only 20 items of clothing.

Yeri is a fifth year medical student at the University of Auckland and has a passion for medical mission. Originally from Korea, Yeri attended Christchurch Girls' High School and has been heavily involved in Christian student life since coming to Auckland.

Vicky is a first year student at Auckland University of Technology studying towards a Bachelor of Communications. She is a member of Whangaparaoa Baptist Church and has been actively involved in fundraising and volunteering for a number of years.

Eve is a first year Bachelor of Science student at the University of Auckland aiming for acceptance into medicine in 2011. A member of Mt Roskill Baptist Church, Eve is also involved with the Tertiary Students Christian Fellowship at Auckland University.

Abigail is studying towards both a Bachelor of Pharmacy and Bachelor of Science (Psychology) at the University of Auckland. She is a member of Pakuranga Baptist Church and served as the prayer coordinator of the Auckland Overseas Christian Fellowship.

"We are really looking forward to working with a group of such amazing and inspiring young people," says Gillian. "We are sure that all of the recipients will find it a rewarding and life-changing experience."

All of the candidates were part of the Mission's Running 4 Rights Team that participated in the Auckland Marathon on October 31st. The team raised over $9,000 for the Leprosy Mission's work with leprosy-affected families around the world.

Leprosy Mission New Zealand initiated the Youth Advocate Scholarship programme during the International Year of Youth to provide young adults with a passion for mission the opportunity to witness leprosy-related work first hand. Leprosy is often seen as irrelevant in today's society yet it still exists, affecting millions of families living in some of the world's poorest countries.

Individuals and families living with leprosy and disability are often socially excluded and denied access to basic services, while fear of rejection prevents many people from seeking treatment, resulting in life-long disabilities. The Leprosy Mission's global goal is to eradicate both the causes and consequences of the disease, and support from New Zealanders enables the Leprosy Mission New Zealand to fund a number of life-changing projects around the world.

The Leprosy Mission believes that the disease can be eradicated wit in our children's lifetimes, which is why it is so important to engage youth and ensure they are part of the solution.

Following their Nepal experience, the Youth Advocates will be able to raise awareness for leprosy-affected communities and families with confidence and passion.

The Leprosy Mission New Zealand would like to thank all of the candidates for their support and commitment. 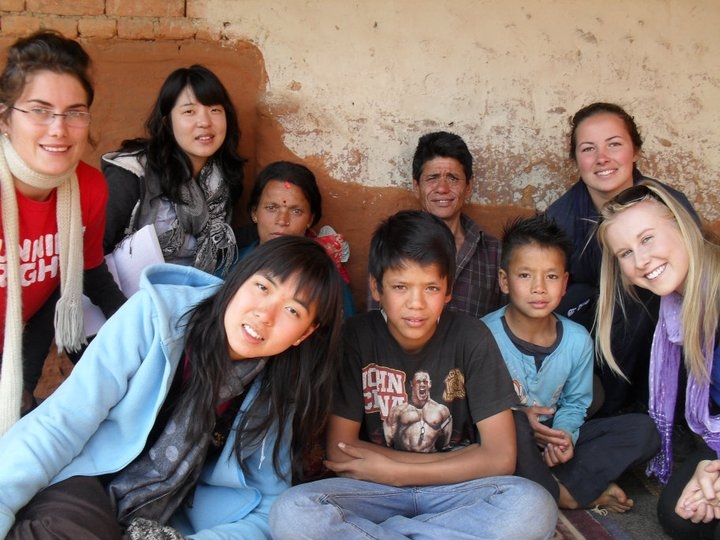