Auckland based photographer Michael Bradley has photographed leprosy-affected people living in some of the world's poorest communities and recently exhibited a collection of his breathtaking images at Northart Gallery in Northcote, Auckland.

The exhibition was timed to coincide with World Leprosy Day which was celebrated around the globe on Sunday 30th January and ran for two weeks.

The preview, which was held on January 16, was very well attended including special guests Mr Ataur Rahman (Hon Consul for Bangladesh), and Dr Rajen Prasad (Labour List MP), who were both very moved by Michael's images. 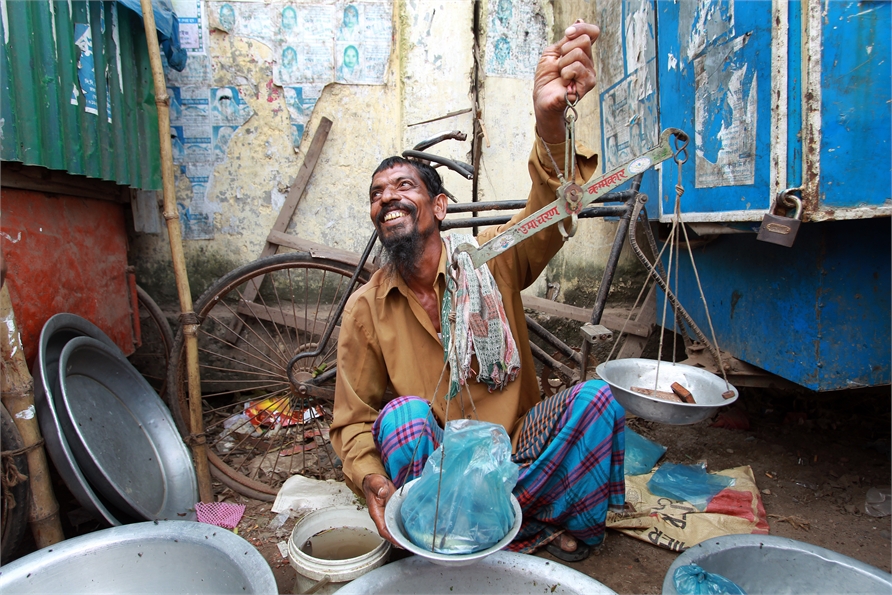 Aptly called 'Stigma', the exhibition documented the work of The Leprosy Mission New Zealand in India, Nepal and Bangladesh and captured the day to day realities of children and families living with the disease and its often devastating consequences. He hopes that his images have helped raise awareness of the disease and the Leprosy Mission's vital work to combat it.

"I was very impressed with the Leprosy Mission's work in all three countries and felt compelled to share what I had experienced with the New Zealand public," says Michael. "As a father of two young boys I was particularly moved by the plight of children living in the slums, and one of my favourite images in the exhibition is of a young boy dressed as Batman who I encountered in a refugee camp in Dhaka." (You can see this image on page 9).

You can see his images on our Flickr Photostream