Leprosy (also known as Hansen's disease) is caused by bacteria which attack nerves in the extremities of the body like your hands, feet and face leaving them numb. 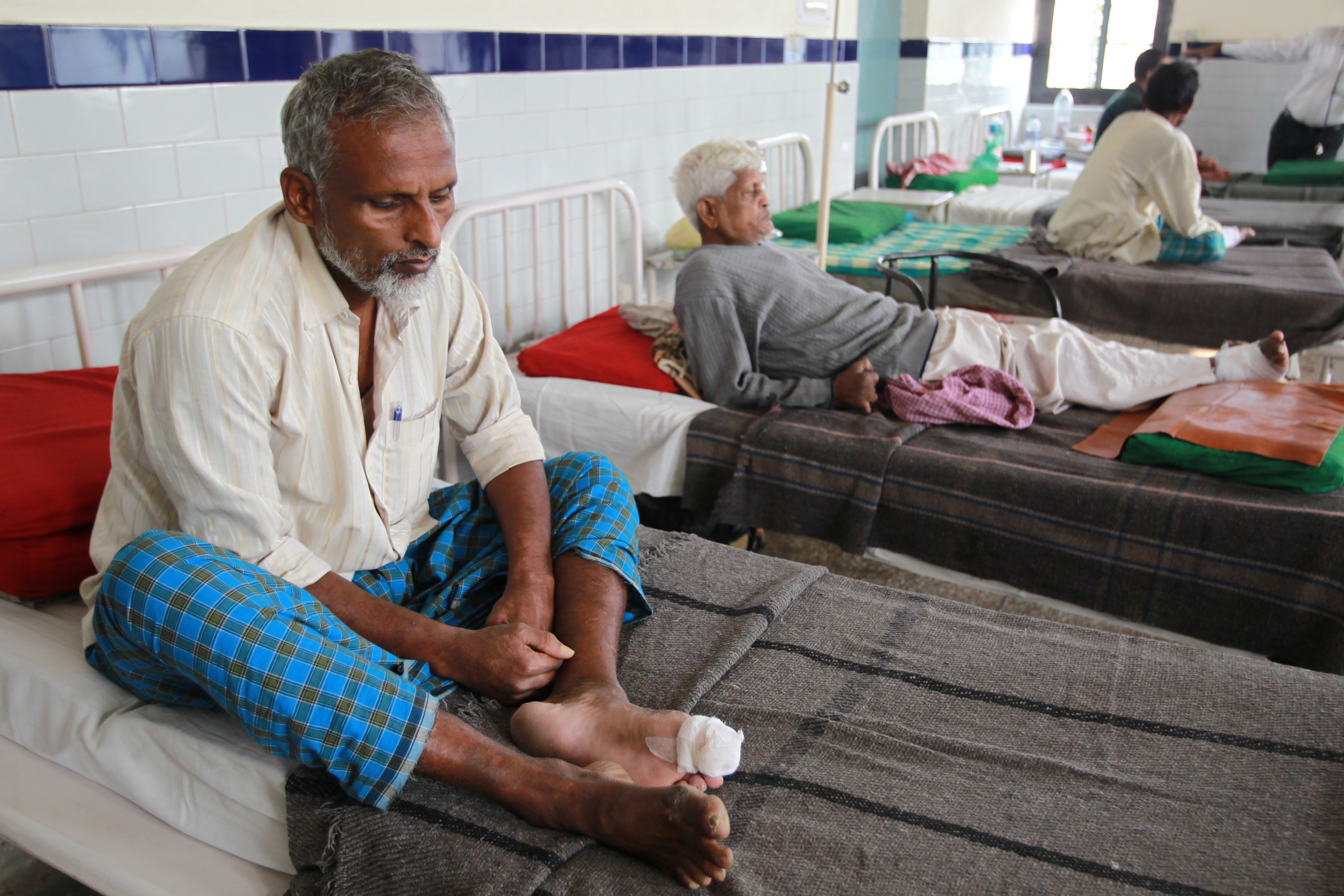 Leprosy is spread by moisture droplets passed through the air from someone who has leprosy but has not started treatment. Leprosy is not hereditary.

Leprosy is only mildly infectious. You can’t catch it by touching someone. It would take years of living close to an untreated leprosy patient to catch the disease. And around 95% of people are thought to be naturally immune. But when immunity is lowered due to poor nutrition, illness, and general living conditions, people are more likely to catch leprosy.

If left untreated, leprosy can affect the peripheral nerves and cause the fingers and toes to claw inwards. The disease can also attack the eyes, resulting in infections, cataracts, and even preventable blindness.

Ulcers and infections in the hands and feet are common because bruises, cuts, and burns are ignored when the skin loses sensitivity. Untreated infections can become so severe that disfigurement and amputations may result.

People living in poor communities are much more vulnerable to leprosy. Dirty water, lack of sanitation, poor nutrition, and lower standards of living mean people's immune systems are simply not strong enough to fight the disease.

There is a cure, and disability can be completely avoided if leprosy is diagnosed and treated early enough. A combination of drugs, known as multi-drug therapy (or MDT), kills the bacteria, and the cure success rate is approximately 99%.

What are the complications associated with leprosy?

If treated early, it’s unlikely the disease will cause permanent disability. But if left untreated, it progresses and the nerve damage spreads. Lacking sensation in their hands and feet, people with leprosy can injure themselves. And these injuries can lead to ulcers, infection, and permanent disability.

Leprosy can cause muscle paralysis, resulting in clawed fingers and foot drops. This makes it difficult for people to walk or use their hands. The condition can also damage nerves in the face, causing the eyelid muscles to stop working. As the eyes are no longer protected by blinking, they are easily damaged, leading to sight loss and blindness.

Some people experience reactions to the leprosy bacteria in their body, even when the bacteria are no longer active and treatment is underway. These reactions can cause pain, sickness, swelling of the skin, and fever. They are hard to treat, making it necessary for people to stay in the hospital for a long time.