On 24th November 2011, the Dhaka Government repealed the 1898 Leprosy Act that segregated leprosy patients from their families and society because at the time it was believed that leprosy was contagious and incurable.

Awami League MP Saber Hossain Chowdhury, who piloted the bill through Parliament in June 2010, proposed its passage to the members of Parliament who proceeded to annul the obsolete Act.

The Reverend Martin Adhikary, Director for Advocacy and Promotion of The Leprosy Mission International in Bangladesh, who has been campaigning for this repeal along with other activists, considers this a milestone in efforts to free Bangladesh of leprosy.

It is also a positive step towards combating discrimination against persons affected by leprosy thereby enabling them to participate on an equal basis in society.

Over the past, two to three decades, The Leprosy Mission and other organisations such as Damien Foundation Belgium have helped reduce leprosy related stigma in Bangladesh, but the Reverend Adhikary says that much work still has to be done to demystify leprosy and transform social attitudes to leprosy and persons affected by this disease.

We thank God for his guidance and wisdom in this situation and for freeing Bangladesh of this law that discriminates against people affected by leprosy.

There is a time for everything, and a season for every activity under the heavens:
~ Ecclesiastes 3:1 NIV 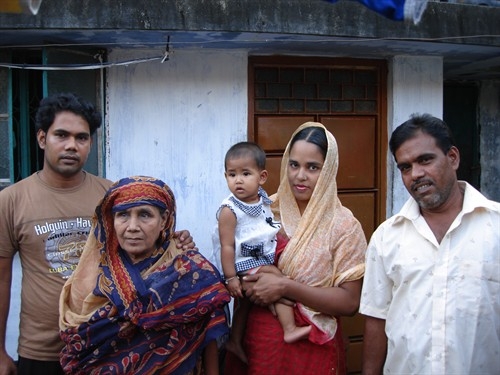